You are here: Home » Cinema/theatre/TV » Adventures in Wonderland 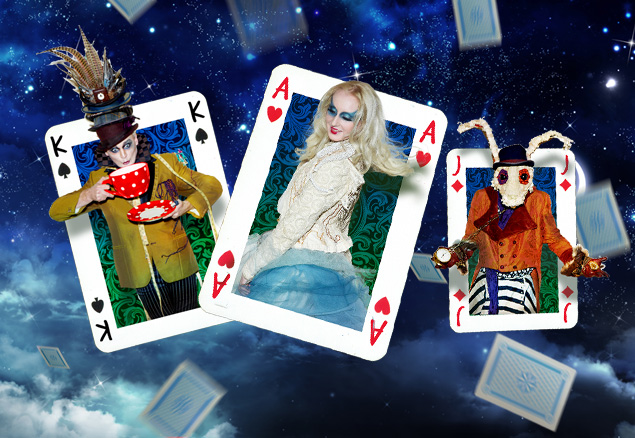 The creative team behind Alice’s Adventures Underground – already hailed as one of 2015’s hottest tickets – will also be premiering a separate show for children aged five and up, entitled Adventures in Wonderland. This multi-sensory and interactive theatre production is timed to coincide with the 150th anniversary of Lewis Carroll’s classic novel.

As with the adult production, critically-acclaimed company Les Enfants Terribles – through their children’s division Les Petits (Captain Flinn and the Pirate Dinosaurs) – has teamed up with producer Emma Brünjes (Meow Meow: Wonderground; Secret Cinema: Miller’s Crossing) to create a fully-formed world, employing innovative mechanical and artistic techniques to bring Wonderland to life in spectacular fashion. With a script adapted by Oliver Lansley and Anthony Spargo and accomplished children’s director Emma Earle (Father Christmas, Hammersmith Lyric) on board, Adventures in Wonderland will allow families to explore Wonderland up close, in an immense multi-room set in the Vaults under Waterloo station.

Children will play a part in controlling their own experience as they make choices along the way which will determine how their show unfolds, starting with the classic EAT ME/DRINK ME decision. While each child’s journey through Wonderland will be unique, all audiences will be invited to the largest, maddest tea party ever brought to the stage, and will get a chance to play croquet with the Queen of Hearts herself.

Three years in the planning, this massive production aims to push the boundaries of children’s theatre, offering audiences the chance to become truly immersed in this much-loved story. The production will also feature an unforgettable entrance into Wonderland, an original soundtrack and a collection of fantastical puppets designed by Samuel Wyer and Cirque de Soleil puppet designer Max Humphries. Plus, the chance to interact with everyone’s favourite Wonderland characters, including the Tweedle twins, the White Rabbit, the Mad Hatter, the Queen of Hearts and Alice herself.

Book now for Adventures in Wonderland

Adventures in Wonderland will be supporting The Children’s Trust, the UK’s leading charity for children with brain injury.