You are here: Home » Healthy parents » Get Your Vitamin C in a Glass

Get Your Vitamin C in a Glass 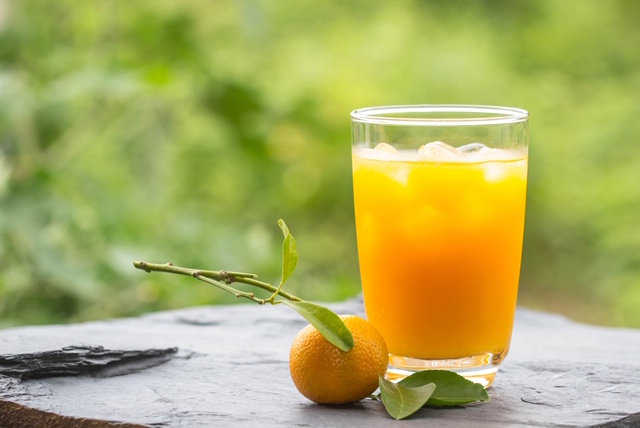 A new study published in the British Medical Journal has found that drinking a glass of 100 per cent fruit or vegetable juice is associated with higher blood levels of vitamin C and bioactive compounds, compared with other foods including several categories of fruits and vegetables.

Researchers, led by a team at the University of Cambridge, analysed data from the European Prospective Investigation into Cancer and Nutrition (EPIC) study which includes more than 340,000 adults from eight different countries. The diets and blood samples of 9754 participants with existing type 2 diabetes were compared with those from 13,662 healthy individuals. Blood levels of vitamin C and carotenoids (bioactive compounds found in orange/yellow/red fruits and vegetables) were assessed and an overall "bioactive score" was calculated.

The results showed that having higher blood levels of vitamin C and carotenoids, as well as a higher overall bioactive score, was statistically linked to a lower risk of type 2 diabetes. This led the researchers to conclude that boosting fruit and vegetable intakes, especially amongst habitual low consumers of these foods, could help to prevent type 2 diabetes.

The researchers also considered which foods in the diet were most associated with a higher bioactive and nutrient score, finding that the top scoring categories for vitamin C were fruit and vegetable juices followed by citrus fruits, fruiting vegetables (eg tomatoes, avocados, peppers, courgettes) and cabbage. Fruit juices, especially citrus juices, are known to be rich in vitamin C, containing 80-100 per cent of the daily recommendation in one glass.

The top scoring foods for the overall bioactive score – including lutein, betacarotene and zeaxanthin – were root vegetables, fruit and vegetable juices, fruiting vegetables and citrus fruits.

Commenting on the new study, dietitian Dr Carrie Ruxton said: “While it’s important to eat at least five portions of fruit and vegetable daily, this study suggests that certain categories are more effective than others for raising blood levels of specific compounds. Pure fruit and vegetable juices were most strongly correlated with vitamin C levels, while root vegetables were top for the overall bioactive score.

“Vitamin C is proven to support normal immune function, according to the European Food Safety Authority which recommended an official health claim. On the basis of this study, the best advice to ensure optimal vitamin C levels would be to eat a rainbow of fruits and vegetables and include a daily 150 mL glass of 100 per cent juice”.