You are here: Home » Holidays » Holiday in Liguria, Italy 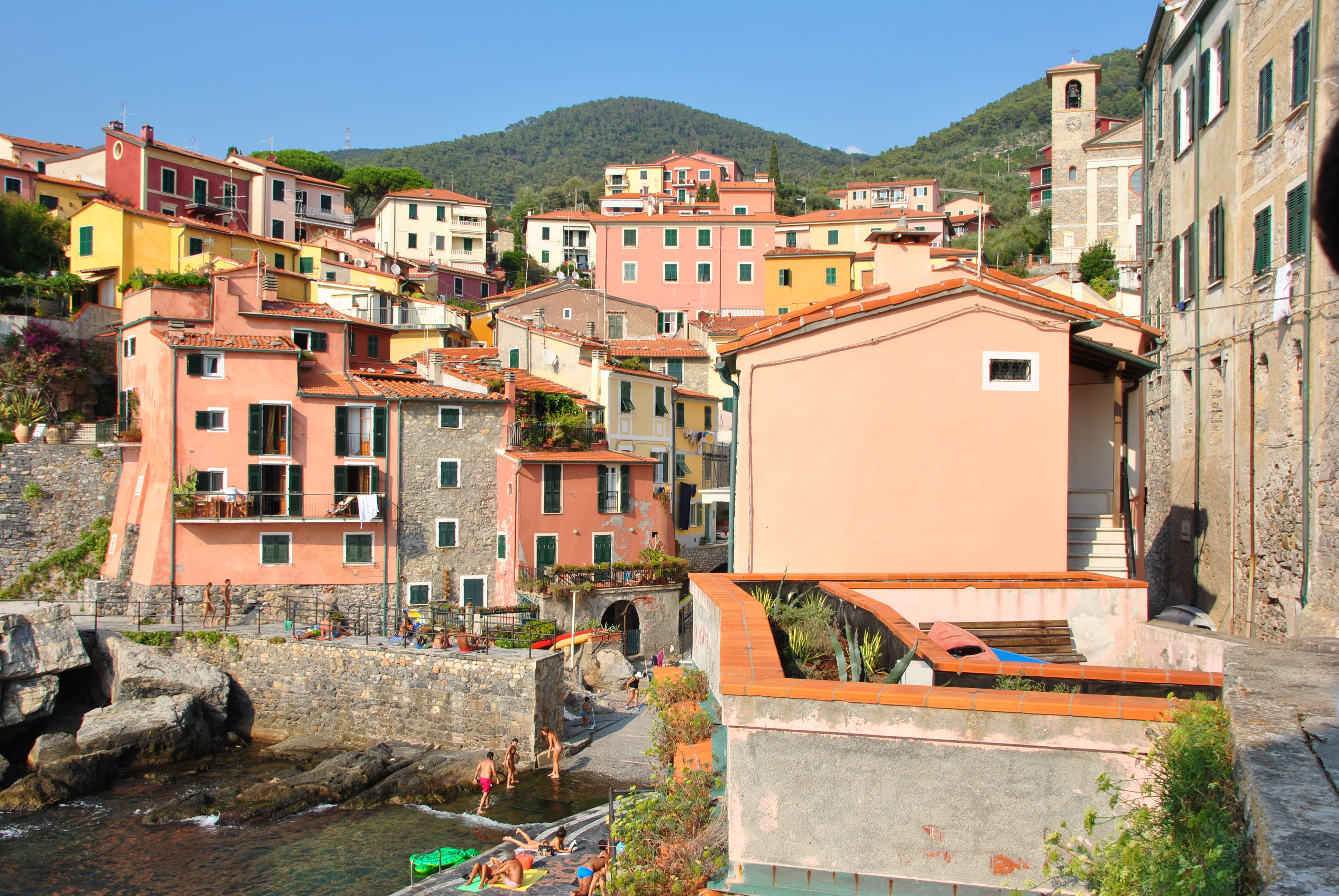 I started my trip from the regional capital, Genoa, once, one of the wealthiest cities in Europe, an important trading port and the birthplace of Christopher Columbus. Its palaces and buildings are still magnificent. In contrast, the old harbour houses a modern aquarium with interactive displays that will keep children happy for hours.The dolphin tank is especially spectacular, with a walkway above the water that allows visitors to see the action below.

Pesto sauce also first saw the light of day in this city. I sampled it in the unpretentious restaurant  “Il Genovese” whose owner some years ago started the bi-annual international Pesto competition that has become an important date on the international gourmet calendar. Eating it, on top of delicious home-made pasta, is a rather different experience from the products found in British supermarkets.

Further down the coast, and at the southern end of a peninsula detached from the jagged coastline, is the little village of Portovenere, chosen as a UNESCO World Heritage Site, both for its historic connections and beautiful setting.  There has been a fishing community here since Roman times and the Church of St Peter was consecrated in 1198.  Even that was built over a pre-existing 5th century Palaeo-Christian church.

As the sea glittered in front of me I found it easy to understand why Byron drew inspiration here and famously, in 1822, swam across the bay to visit his friend Shelley. I took a much less strenuous route, on a boat, to beautiful Pelmoria Island, celebrated for its black gold-veined marble, caves and evidence of Stone Age settlements.

On the opposite side of the bay is Lerici (pictured above) known for the castle, that once controlled the entrance of the Gulf of La Specia and which today contains a museum of palaeontology.  After a long walk along the sea front it was a treat in the evening to visit the stylish  “L’eco del Mare”. This is a converted beach club in a small bay, which is now an exclusive hotel. The sophisticated restaurant specialises in fresh fish. It is one of the most romantic spots I have ever visited, in a country that knows well how to celebrate love!

En route to Genoa and my flight home, my trip ended on a spectacular note in the town of Recco. Suitable for children and adults alike, the annual Fire Festival takes place every 7 and 8 September, with displays to honour  “Our Lady of the Suffrage”. Seven local districts compete for the title, each with their own fire master…the results are breathtaking.

Lucy flew British Airways to Genoa and stayed in the Melia Hotel in Genoa, the Grand Hotel Europa  in Lerici and the Manuelina Hotel in Recci.