You are here: Home » Pre-teens » Too young to be out alone!

Too young to be out alone! 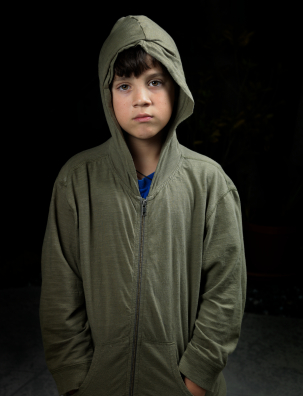 I can see why you’re worried – an 11 year-old boy should not be out late either on his own or with friends. He could be very vulnerable to older children and unscrupulous adults. If he won’t listen to you about potential dangers, is there someone else who could talk to him?  Maybe someone nearer his own age who can point out the pitfalls and still seem “cool”?

In the meantime you need to establish some ground rules and make sure your son sticks to them. You have to know where he is and with whom and you must give him a time to return by. If there is a special occasion – like a friend’s birthday party – he can be allowed to stay later but you will collect him or another parent will bring him home.

By the way if you know your son’s friends (and you should do at this age) have a quiet chat with their parents and see if anyone else is having issues over lateness. If so you can present a united front about times to be home by. Bear in mind kids are terrible at saying everyone else is allowed out late etc just to get their own way.

It’s not unreasonable when he goes to a friend’s house, for a parent to ask him what time he’s expected home and if he will be collected. And you should do this when your son brings his friends home.

Having decided the ground rules of when he can be out and when he’s due back you must act immediately when he’s late. In the beginning you have to show just how firm you are going to be about timekeeping. One way, of course is by grounding him as you have been doing. Another is to “fine” him so that he loses some or all of his pocket money with each transgression. Or you could limit his TV or computer use. Whatever you decide is a fit punishment, stick to your guns otherwise he’ll just run rings round you.

It’s much easier to start by being strict and gradually allowing him more slack as he gets older and he can account for his time! Take heart from the fact that you are in the right and children are always testing boundaries but that doesn’t mean you have to give in!

The question was first answered by Anne Coates in The Scotsman.