You are here: Home » Books: children & YA » The Secret Garden – Film Tie-in 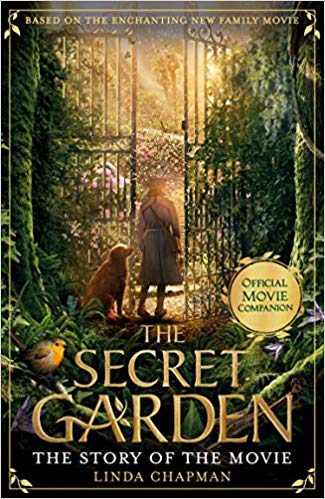 New books based on the original include the The Secret Garden The Story of the Movie by Linda Chapman, a sticker activity book and Mary’s Journal, a beautifully illustrated journal of Mary Lennox, the ten-year-old lead character from enchanting new family movie. For younger readers, there's an edition beautifully illustrated by Adelina Lirius.

The movie of The Secret Garden has been vividly brought to life by writer Jack Thorne and director Marc Munden who join forces with a stellar cast including award-winning actors Colin Firth and Julie Walters.

The Secret Garden was first published in 1911 telling the story of Mary who discovers a hidden garden, full of magic and wonder, with the power to change lives. Thorne’s new version is set later than the original moving the period from the Edwardian era to 1947 on the eve of Partition in India and during the aftermath of the Second World War.

Linda Chapman's version is based on the film and her narrative makes a compelling read.

We have three copies of The Secret Garden The Story of the Movie to be won. Just answer this question:

Who is the author of the film tie-in?

Please write The Secret Garden The Story of the Movie in the subject line of your email and include all your contact details. Only one entry per household.

Winners will be the senders of the first three correct emails opened at random after 12pm on Tuesday 24 March, 2020.

is published by HarperCollins and is available from bookshops and Amazon.