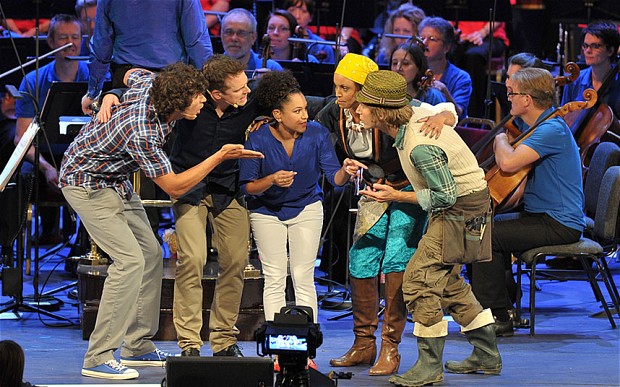 What better way to introduce children to live classical music at the Royal Albert, than to use the talents of familiar Cbeebies presenters.

The music was introduced via themes and stories CBeebie Prommers would understand:

The CBeebies presenters appeared in the aisles around the hall and there was plenty of audience participation especially for the last piece which included all the sounds Robert the Robot had collected in London. The audience was divided into sections and everyone joined in. The concert lasted an hour with no interval.

We all loved the Prom and, judging by the reactions in the Albert Hall, so did everyone else.

The CBeebies Prom was broadcast live on BBC Radio 3 and you can catch it for 30 days on the Proms website.

CBeebies Prom will be broadcast on television over the August Bank Holiday weekend.