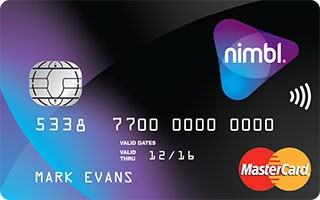 At nimbl we recently commissioned a survey of 6,000 parents across the UK to discover their thoughts on their children’s spending habits.

Seven in ten parents believe that in today’s increasingly cashless society children have less of a grasp of the value of money than they did when they were a child, whilst two-thirds feel that digital money has made it much harder for children to properly learn about spending.

The temptations of digital spending aren’t going away so it is down to us as parents to help make our children more financially aware. While the survey showed that the main reason behind parents giving pocket money was to encourage responsible spending and saving habits, children typically see pocket money as a treat and blow the whole lot in one go, rather than managing their money. Perhaps the term "pocket money" is part of the issue. It implies something easily spent, temporary as opposed to an "allowance", which needs to be budgeted properly.

Rather than purchasing items or treats ad hoc in addition to providing pocket money, consider instead developing an allowance which has to cover a much broader range of needs. I’ve made the switch for my daughters and have seen a significant shift in attitude and behaviour. Now that they have greater control of their financial affairs they are much more careful about buying the first thing they see and tend to shop around for bargains. They feel more responsible and empowered, and the hope is that these good habits and responsible decisions will set them up well for the long-term.

In addition to developing responsible spending habits, learning to save money is also a crucial skill. One option is to help your child to learn the value of money by encouraging them to save for something they really want over a longer, but finite, period of time. Consider agreeing to pay a portion of the cost towards the item and have your child contribute to the rest by doing a series of chores each week that result in an amount of money contributed towards the item. Not only does this instil commitment, but creates a real sense of achievement and belief in the value of saving – and working! It’s a valuable learning experience.

It is undoubtedly hard for young people to learn the value of money in an increasingly digital world, but developing financial confidence is an important life skill. As we continue to move towards an economy where spending money is easier than ever, the key here is to start early on instilling good habits and behaviour – saving, responsible spending and budgeting – early on.