You are here: Home » Money matters » Talking about Money with Children

Talking about Money with Children 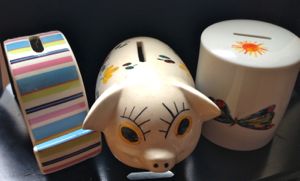 New research from Osper, banking for young people, shows that parents, with children aged eight to 18, are twice as likely to discuss sex and relationships with their children than they are money and savings.

A tenth of parents has never even broached the subject of savings, despite research showing that the biggest influence in a child’s relationship with money is their parents and that money habits begin to form from as young as age seven.

Some 47 per cent of fathers have never or not very often discussed finances – compared with 42 per cent of mothers.

Over half of parents say they struggle with giving advice on savings with the biggest barrier being a lack of interest from children. Other blockers include, not knowing where to start, having no personal savings, being bad with money themselves and even having bad debts.

Almost half of parents only have a rough idea or are clueless as to how much money their children currently have in a piggy bank or bank account.

With UK personal debt reaching £1.456 trillion at the end of October 2015, Osper is urging parents to understand the importance for children to learn the value of money and savings from a young age. Aiming to make the money talk easier, Osper Savings, launching today, is a tool  which encourages children to save and kickstart conversations with their parents.

Jasmine Birtles, financial expert and founder of MoneyMagpie.com says: “Although it might be daunting initially to have a meaningful conversation about money with your kids, it’s important to do it because the more they know about how to manage their money now, the better off they will be later on. Include your children every now and then when you discuss family finances. Talk with them, not at them, and explain what you’re doing in simple terms like trying to get the best value at the supermarket.

“Show them that saving can be fun and encourage them to work towards a goal. Skills learnt from an early age will set them up for a better financial future.”

£ Set an achievable goal – kick off with a small goal that can be achieved without too much effort so that they get a taste of how good it is to meet a target.

£ Let them spend what they have saved – so that they experience the joy of their own achievement.

£ Track progress together – show your interest, keep checking in on their progress and celebrate when goals are reached.

£ Making mistakes is OK – let them make small mistakes. It seems scary but we often learn best from our mistakes.

£ Set up an allowance – a regular source of income will help to put spending vs saving into perspective.

£ Help them to learn want versus need – help them set priorities for themselves and work out what they may need to sacrifice in order to achieve their most important goals.

£ Lead by example – show them how you also need to save for the things you want, it’s not just an exercise for them on their own.

£ Be honest – if they ask a financial question, try to answer it honestly or say you don’t know rather than lying. If you don’t know then get them to join you in researching the answer so that they learn how to find out things for themselves.