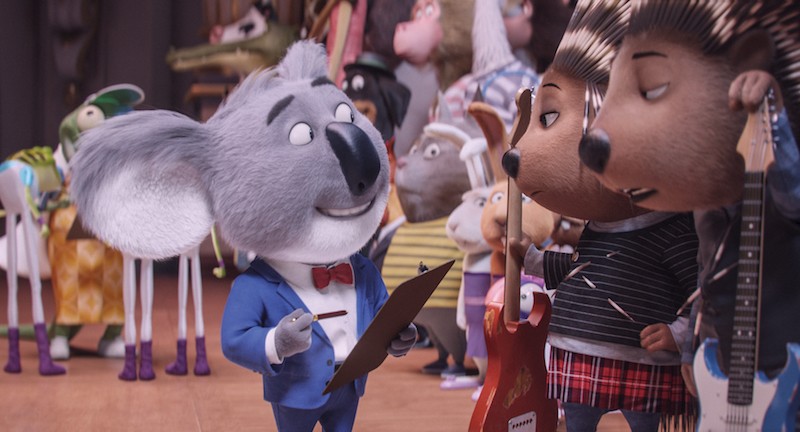 If you saw SING in the cinema (and especially if you didn't) you'll be delighted to know the animated music-filled comedy is now available on Special Edition on 4K Ultra HD™, Blu-ray 3D™, Blu-ray™, DVD and On Demand.

This enchanting animated comedy is all about finding the music that lives inside all of us. SING stars Academy Award® winner Matthew McConaughey as Buster Moon, an eternally optimistic koala who puts on the world’s greatest singing competition to save his crumbling theatre; Academy Award® winner Reese Witherspoon as Rosita, an overworked and unappreciated mother of 25 piglets desperate to unleash her inner diva; Scarlett Johansson as Ash, a punk rock porcupine with a beautiful voice behind her prickly exterior; Taron Egerton as Johnny, a young gangster gorilla looking to break free of his family’s felonies; as well as Seth MacFarlane, John C. Reilly, and Grammy Award-nominated Tori Kelly.

Harriet loved the singing. Having seen it at the cinema (I hadn't) she was eager to alert me to what was going to happen. Especially telling me that Rosita the pig had 25 piglets. She told me not to worry about the baddies (Johnny the gorilla's father and gang) and kept watching my reactions excitedly.

The animatedly animals were like the human contestants in talent shows all over the world and perhaps all the funnier for that. There are some real laugh out loud moments as well as more emotionally charged scenes.

SING is a real feel-good family movie which just might make your eyes leak a little at the ending.

written and directed by Garth Jennings, is available from Amazon.

Enter our competition to win a SING Combo-pack.