You are here: Home » Fit kids » Are your children cleaning their teeth twice a day?

Are your children cleaning their teeth twice a day? 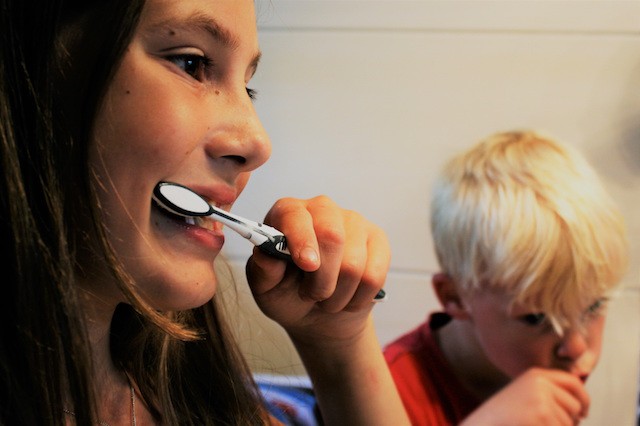 Just 30 per cent of children are brushing their teeth the recommended twice a day – leaving them at risk for serious dental problems later in life.

A study undertaken by StemProtect.co.uk, which offers the most comprehensive stem cell banking service in the UK, has shown that an alarming number of youngsters were failing to stick to the current guidelines for their dental health:

Anna Edwards, spokesperson for StemProtect.co.uk, pointed out that as well as potentially costly fillings and abscesses, parents could be causing long-term damage for their children’s teeth.

“Younger children tend to be more resistant to tooth brushing, but caring for your teeth is a lifelong job. Not brushing regularly can lead to gum disease, which has been proven to have a number of serious associated health risks, including cardiovascular disease. Parents may think their children will look after their own oral hygiene once they’re old enough to brush, but it’s not worth leaving to chance.”

NHS guidelines show that, as well as an increased risk of heart attacks, gum disease has been linked to complication with strokes, diabetes and even rheumatoid arthritis  but it is easily avoided with proper dental hygiene. Dentists recommend brushing for a full two minutes, twice a day to prevent gum disease. Official guidelines suggest that parents should monitor or assist with their children’s brushing until they are ten years old to instill good brushing habits and check that technique is correct.

“Parents can help their children get into good habits with brushing quite easily; using a 2-minute timer in the bathroom and reward charts for younger children are both very effective at creating a familiar routine that they will be less likely to forget as they gain independence.

“While it doesn’t seem like a life or death situation while they are younger and have their milk teeth, encouraging good dental hygiene and keeping their gums healthy will have long-lasting effects well into their adult life and can help to avoid the very real consequences of gum disease.”