You are here: Home » Things to make & do » How To Be Happy Like Trolls 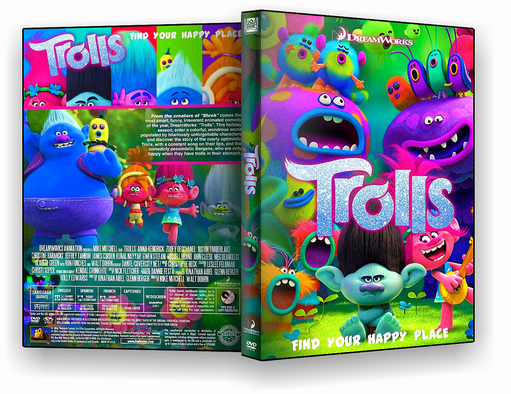 What does it take to be happy? Especially during a dreary January? We discover the secrets from those happiest of beings – Trolls (via co-director of the film, Walt Dohrn). Here Walt give his top ten tips:

1. HUGS: DO IT OFTEN! Take time out to stop and hug your friend. There’s an actual science to it; hugging has an effect on the brain and it makes you feel good.

2. RAINBOWS AND GLITTER: BE COLOURFUL. Colour makes you feel happy. So we wanted the Trolls world to be as colourful as possible and of course we used rainbows and glitter a lot!

3: MUSIC: LISTEN TO IT! Music is a direct line to our emotions. Just hearing a great song, a particular chord arrangement, really has an impact on your brain. We’re hard-wired to react to it in a positive way.

4. DANCE … KEEP MOVING. One way of spreading happiness is to dance. It’s about letting yourself go. I don’t think you can be an angry dancer, because dancing is your own expression of happiness.

5. CUPCAKES. EAT THEM! It’s a metaphor for having beauty and sweetness in life. Cupcakes are always beautifully displayed and they’re so colourful. And you know that when you bite into that cupcake, it’s going to make you feel good”

6. FRIENDSHIP … STAY CONNECTED. It’s a core belief in the Trolls’ community. Connecting with each other brings out happiness. Friendship is a key to feeling happy.

7. KINDNESS… BE COMPASSIONATE … DO GOOD THINGS FOR PEOPLE. When Poppy’s friends are kidnapped, her love for them, her kindness and her loyalty drives this tiny Troll to rescue her friends from the giant Bergen monsters who want to eat her. The Trolls help each other and love each other.

8. LAUGHTER… HAVE FUN. It has an effect on your brain that is similar to the effect that music has and that beautiful bright colours have. If you laugh, you feel good.

9. OPTIMISM: LOOK ON THE BRIGHT SIDE. You see the power of optimism in Poppy’s character. Her optimistic spirit is really what saves the day and keeps propelling her forward. It’s kind of how we directed this film too. We used our own personalities to explore the power of a positive attitude.

10. CHOICES … MAKE POSITIVE ONES. There is a world of difference between searching for happiness and choosing to be happy. Set a positive intention right now to let today be even more enjoyable than you thought it was going to be. Now turn your intention into action by doing three things that make your heart glow!”

from Twentieth Century Fox Home Entertainment are available from 13 February, 2017 and you can pre-order now.